What If There Is An Economic Collapse And All The Missionaries Have to Come Home? 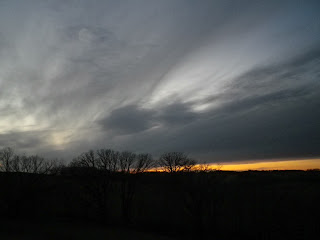 I am a diligent blog and news reader. Every day someone writes about the inevitability of an economic collapse. I tend to agree with most of what they project about our economic future, simply because I know that if I ran my budget the way most governments do, I'd be broke or in jail before too long. As a frugal homesteader, I stretch every dollar as far as I can, and do without a lot of things until I can afford them. My family is heading out of debt, not further into it, and certainly not to buy things that are frivolous. We are committed to being debt-free, something that was normal in past generations when debt was considered bondage, and mortgages were for losers.

All of this talk of economic collapse brings into focus for me the reality of the life of the missionary on a foreign field. Most missionaries operate on a slim budget. A few may have large ministries, but the majority serve the Lord in a sacrificial way. It was on the mission field that I learned how to add water to my dishwashing liquid to make it go further, how to wash my Ziploc bags and reuse them until they popped, and how to skip meat some weeks so we could feed some hungry Bible School students. How would an economic collapse affect missions and missionaries?

In the Great Depression of the 1930's there were still foreign missionaries on the field, but their stories are ones of great hopes with little finances. After the Second World War, things got better financially and great strides were made in missions. Missionaries could just hunker down and wait for things to blow over.

But what if this doesn't just blow over, but rather blows up? There could be major shifts in the wealth of nations and in political power as a result of a global economic collapse. What if the missionaries had to come home not just because of finances, but because the worldwide political situation became too risky or closed down for further work? The other nations' losses of missionaries could be America's gain.

Imagine a host of missionaries returning from the fields where they have served. They know foreign languages, they are familiar with other cultures, they are unattached to the American way of greed, and are not tech-saturated. This could be the beginning of something good here in this nation. We are a country of immigrants, and many of our cities are filled with neighborhoods of people from other countries who maintain their cultural lifestyle as best they can. What if those who were missionaries in their home countries suddenly came home themselves and continued to work with the same people groups, only on American soil?

We bemoan the loss of our Christian heritage, feeling that the foundation of our country's legal and justice systems are being undermined by people who have no regard for God or for Biblical ethics. "For, behold, the wicked bend the bow, they make ready their arrow upon the string, to shoot at the upright in heart. If the foundations are destroyed, what can the righteous do?" (Psalm 11:2-3) I'll tell you what we can do - preach the gospel with integrity in the power of the Holy Spirit. We are actually ripe as a nation for an outpouring of God's saving grace.

There may be a silver lining in this cloud of economic mayhem. Perhaps the Lord is humbling our nation as never before so that hearts will be prepared to listen and receive the good news of salvation. We need a new start, and that requires clean hearts. Some folks are buying guns and preparing for the worst; we are buying Bibles to distribute because hope in God is all there is sometimes.