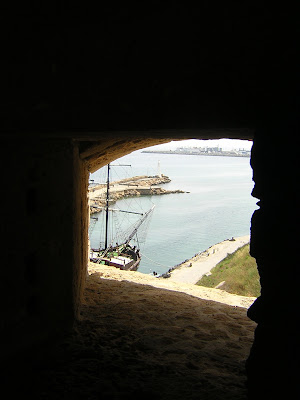 Beyond the shadow of human glory
Where light reveals our human form
There diffused by love's bright shower
Grace and truth hath flesh adorned
Cast in timeless hues of wonder
Wrought in mercy's fiery forge
Light from darkness split asunder
Redeemed to God forevermore
Worthy not of fame or fortune
Deserving not of His great love
Yet released from cruelest torture
Earthbound sons are born above
Neither act nor heart commend us
Infirmed by pride and arrogance
Only faith in God, resplendent
Grants us our deliverance
There, on knees before His gaze
Bent in prayer and humble quest
God extends His hand in mercy
As unto His honored guests
Oh, the day that song breaks forth
When shadow's edge is finally frayed
Then we'll stand in His bright glory
Never to be cast away
What awesome strains of praise we'll sing
What visions beyond measure
When we look upon our Savior
Finally counted as His treasure
There, in grace, in one accord
One heart, one song we'll sing
Bowed before majestic splendor
Heaven's halls with shouts will ring
Every tongue and tribe and nation
In robes of white before the Lamb
Crying out with loud acclaim
Palm branches waving in our hands
"Salvation" from our lips resounds
To God who sits upon His throne
As all the angels stand around
To hear our hearts His praise intone
Blessing, glory, wisdom, honor
Thanksgiving, power, might
Amen! The Lamb shall hear our praise
Forever God's delight.
Michael Hennen
Posted by AGRARIAN BIBLE at 7:40 AM 1 comment: 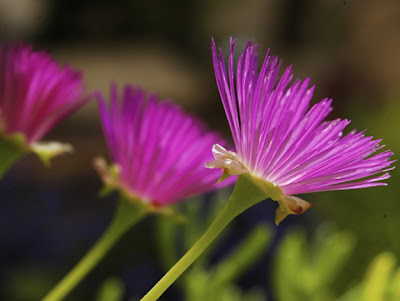 Though godly influence is not always visible to the naked eye, it is obvious to the naked heart. "What exactly," you may ask, "is the naked heart?" It is the heart unencumbered by ambition or shame. It is the heart of humility that recognizes its own limits and weaknesses while trusting fully in the only remedy for them. It is the heart that is laid bare before God in prayer and repentance. It is the heart that hides no fault of its own, yet seeks to uncover no fault in others. This is the naked heart -- a heart that has nothing left to hide and, therefore, nothing left to lose by its openness.
The odd quality of a naked heart is that it so easily perceives the deception and ambition in others from which it has been liberated. Yet, it does so without judgment. It is not looking to wound, but to mend -- not to accuse, but to reconcile. The naked heart views judgment through the eyes of mercy.
Afflicted with remorse, the naked heart endeavors to alleviate the stripes of shame that so indelibly wound the souls of other men. There is no room for condemnation left in it, only compassion for those that suffer the cruel scourge of pride. It cannot give itself more fully to others than it has given itself to God. In its nakedness before God, it is stripped of the pretense that would render it unsuitable to minister to men.
The naked heart recognizes the quiet pressure of godly influence, and yields more readily to it than it would to the most intimidating force.
The naked heart is a heart so in love with God that every shadow of sin screams for relief in the light of His glory. And yet it is a redeemed heart, a heart that confidently accepts the sacrifice made to purify it. It is a heart whose image is made perfect in God, a heart that rejoices in the unique identity that God has bestowed upon it.
It does not compare itself to others for to do so would both demean its own worth and the worth of others. Rather, from personal experience, it recognizes that all men and every heart are in need of sanctification. Therefore, it is unimpressed with position and finds that yielding to it is less loathsome than striving for it. To the naked heart, the more sought after prize is not the position of influence, but the position of one's heart in the midst of influence.
Having yielded to God, the naked heart will not knowingly yield to anything less worthy. And far from being the attitude that resists human instruction and sets itself above mankind, this allegiance to God is the very attitude that most often sets it in mankind's midst. It is a servant heart, not because it lacks value but because its value is so common and necessary that its influence should saturate every sphere of society without exception. Were it any more notable, it would have no access to humble homes. Were it any less confident, it would have no audience in the courts of kings.
This is the naked heart, a heart at once at peace with God and with itself and, therefore, at peace with the world still so blind to its value and hidden influence.
Michael Hennen
Posted by AGRARIAN BIBLE at 3:00 AM No comments: