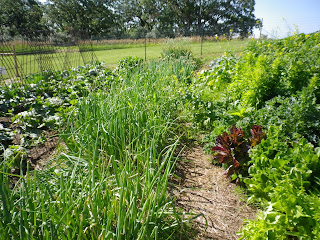 The arrogance of men who presume to know better than the God who created them what is best for mankind never ceases to amaze me. From the beginning, all that has been necessary for the physical sustenance of men is a well-tended garden. But man is more than a body. There are also emotional and intellectual needs. Again, the best venue for these needs to be fulfilled is in a garden working alongside others. Yet, because man is more than body and soul, there is one more need that men have -- that is a spiritual need. The spiritual needs of mankind cannot be fulfilled outside a relationship with his Creator. And, again, God provided a venue for mankind to explore this relationship -- a garden in which man could walk with God in the cool of the day.

The fall of man from access to this original and most benevolent venue was by deception. It is also deception that keeps mankind from returning to the benefits of this venue and lifestyle. The lies are many. "You deserve better than this. You cannot feed the world from your backyard garden. Why should someone of your intellectual stature have to work so hard? You are God's gift to your fellow man and they owe you their service and their allegiance. Science has proven there is no God. You are god. You can shape the world however you want and it will only get better."

The industrialized garden has removed mankind from the venue most suitable for his own well-being. The daily exercise that would keep him fit is abandoned for more 'entertaining', less arduous pursuits. Machines have almost rendered physical labor unnecessary. The food that would sustain his body and serve as medicine, he now must pay someone else to provide. The fellowship that comes from laboring beside one another in a garden that belongs to God, has been exchanged for spectator participation by proxy in the activity he is no longer fit to perform. The garden has been exploited and its soils rendered almost barren through the use of chemical fertilizers and pesticides. Even the skies that are the gateway of sunshine and rain have been manipulated with mankind's best efforts at weather modification.

Planting and tending a garden is the ultimate revolutionary act against the world system of exploitation of mankind and his environment. It makes you less dependent on world government and more dependent on God and neighbors. It provides the food, medicine, exercise, intellectual challenge, and fellowship that keeps you physically, mentally, and emotionally fit. It provides the best venue for understanding the character of the God of creation. And yet, we tend to avoid it because we have believed the propaganda that there is something better than a garden that provides all this.

What could that something possibly be? That 'something' is the lie of entitlement -- that you deserve to enjoy, without labor, what others have labored to provide. That you are somehow superior to your fellow man and even to God. The same sin that caused man to fall in the Garden of Eden still prevents him from embracing the garden that will heal him. That sin is pride.

Posted by AGRARIAN BIBLE at 10:19 AM No comments: