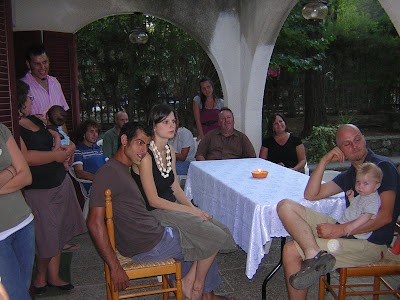 I know everyone is worried about the economy. It is definitely on the ropes, and there is cause for concern. I have to say, though, that there is another economy that concerns me more deeply. The one we hear about every day that is sputtering and failing is the legal economy. What gets me is the illegal economy.
To what am I referring? Well, as missionaries, we have lived on 4 continents and visited others. Since we are ministers, we have met and ministered to the needy in all these societies. There is a hidden economy, the economy of misery, that pervades this world. I think some people gleefully watch the failing economies of the world, as if they are getting their come-uppance, but if the legal ones fail, I hate to think of the illegal ones taking over.
There is the hidden economy of drug trafficking. Rebels and terrorists worldwide fund their evil deeds with the money made on heroin and cocaine. There is the hidden economy of the sex trade. Children in Thailand and women all over the world are trapped in this dark underworld of mafia and prostitution. There is the hidden economy of weapons dealing. Secret pacts and hidden agendas which are publicly refuted, are very real and very much taking place in many places of the globe. There is the hidden economy of poaching. Animals and plants are at risk in many parts of the world from the unscrupulous business of selling animal parts and skins, and taking plants out of their environment to sell to the uninformed peoples of the world. There is the hidden economy of exploitation. In many places, people work for wages that are so low it makes them virtual slaves in the sweat shops of designer products. And there is the economy of slavery, still very much alive in Sudan, Turkmenistan, and other places. What is hidden is much worse than just the greed we see on Wall Street.
Our attention is turning to local economy. Here we find accountability, and we are able to take care of our neighbors so that no one is hungry or without shelter. We are longing for community, in which neighborliness abounds, the caring for one another like brothers and sisters in the Lord. The world's economies, both legal and illegal, will be judged by the Lord. In the midst of judgment, may we wake up to the opportunity to establish a glimpse of heaven here on earth, taking care of one another in the love of the Lord.
Posted by AGRARIAN BIBLE at 1:58 AM